Hats and Boots (boots edition 1 of 2)

Months ago I chatted with a middle-aged woman here in New Mexico who had built her own little straw bale cabin by herself. I told her about the workshops I’d been to and the grand plans for Cielito Lindo Ranch.

She, having already finished her straw bale house, offered me some sage advice, “Hats and Boots”, those are the most important part. She meant the roof and the foundation. I’m not sure where she learned how to make a straw bale house, but those were the principles she’d learned and she was eager to share them.

She was, of course, absolutely right. If your (boots) foundation  is not set up properly, your bales will shift, become water logged, rot, become infested with critters, or in other terrible ways become compromised and your shelter will be ruined.

If your (hat) roof is not correct, water will leak into the walls, or put undue structural pressure on the bales and cause a potentially catastrophic failure.

Here a local contractor is “scraping” the pad. This really means removing the vegetation and creating a flat level surface. 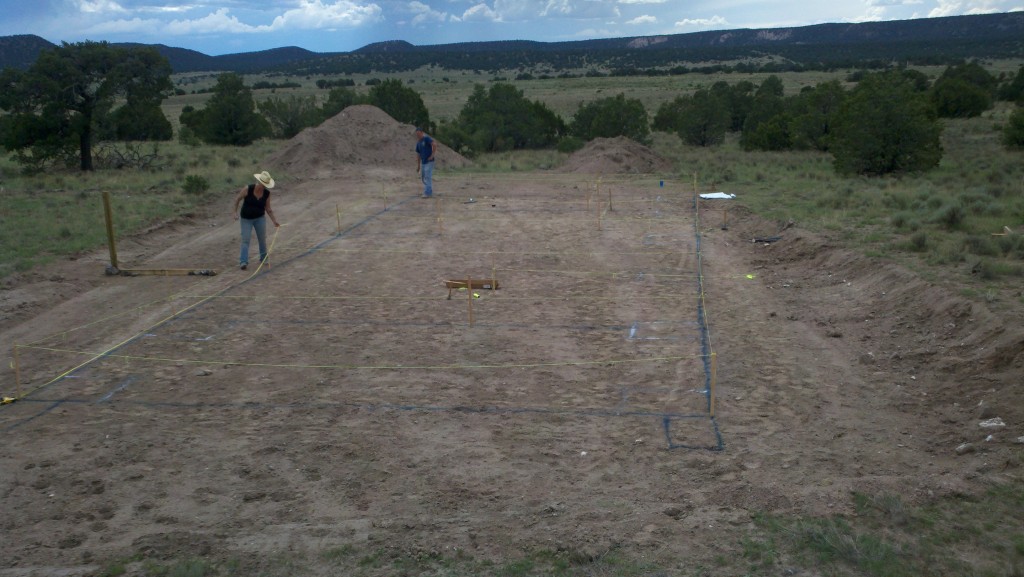 Above you can see CLR staff and a contractor working to mark the lines on the pad. You’ll notice an “L” shaped rig on the left — this is the “solar south” indicator, which shows exactly which direction to point the south wall of the structure. 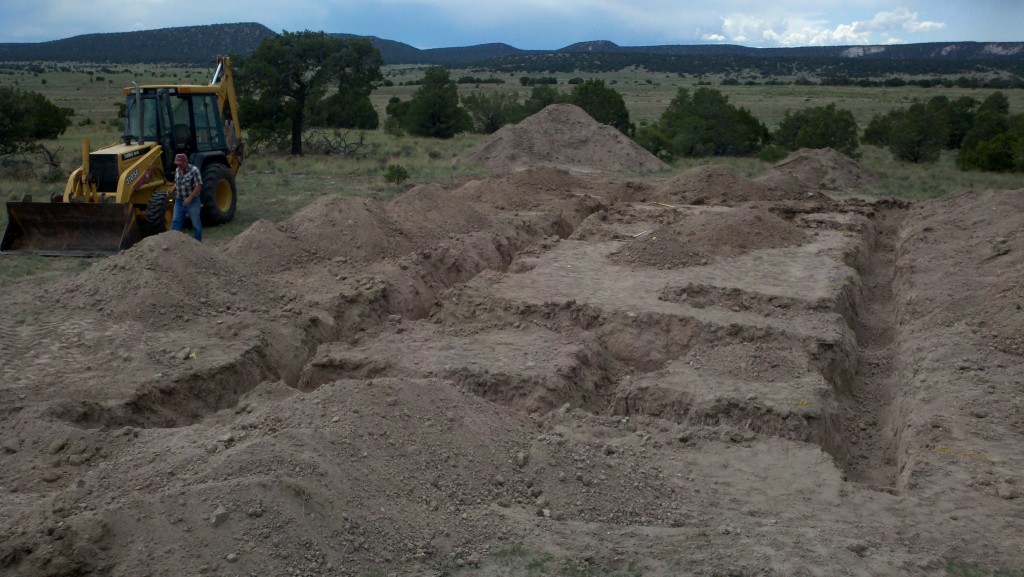 Here you can see the fully trenched foundation. This is going to be a hybrid structure, with concrete piers to support the steel trusses and the roof, and a rubble trench foundation with a concrete cap to support the walls (which are not load bearing). 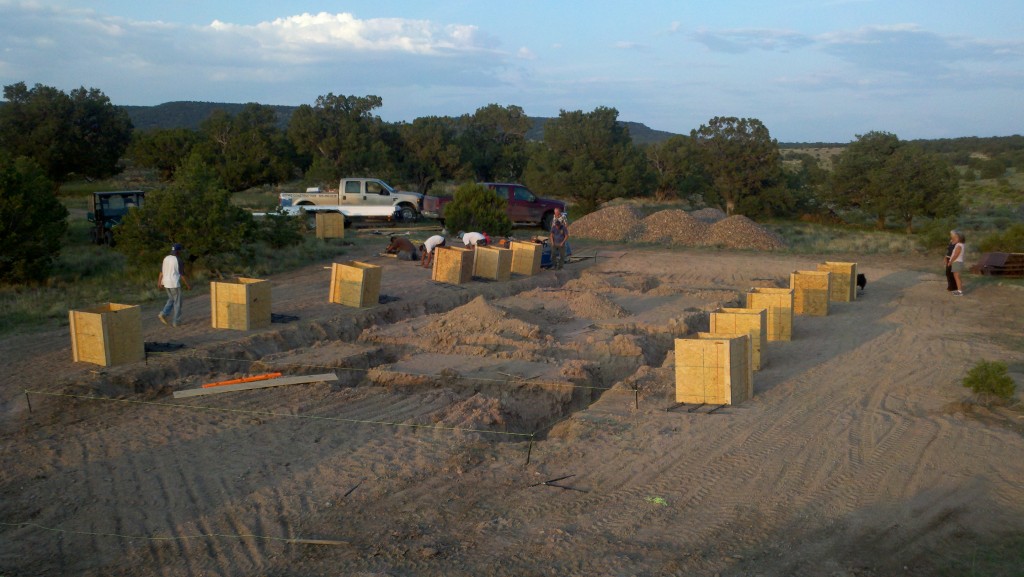 Here you can see the framing for all twelve piers. They’ve been fabricated and are ready to insert into the awaiting trenches. Each pier will hold about one cubic yard of 2500 PSI concrete, weighing about 3,700 pounds each. 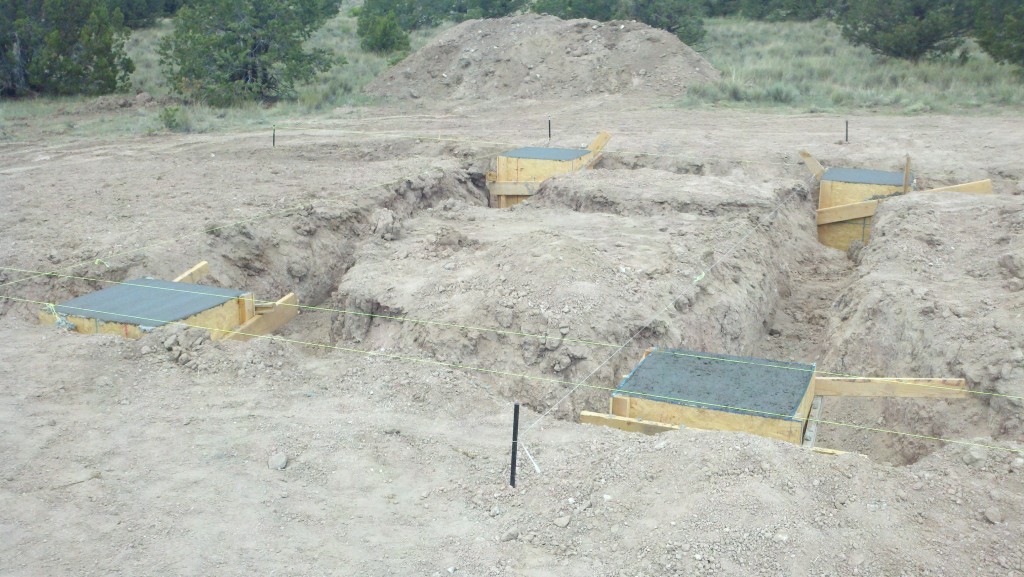 This is what the piers look like after the concrete truck has poured about twelve tons on concrete into them.

Next we’ll be filling the remaining trenches with various “fill”, which includes locally quarried glacier rocks (they look like river rock) and standard gravel. Then we’ll put frames over that gravel, and pour an eight-inch “grade beam” to build the walls on.

The next construction update will be regarding the building of the grade beam.

This entry was posted in building phase. Bookmark the permalink.