Birth of a Baby Donkey

June 12th was quite the day at the ranch!

Pumpkin, one of the two Coyote Patrol donkeys at CLR, was walking along next to the ranch truck, when she suddenly collapsed. Fortunately staffers were available and jumped out of the truck and immediately accessed the scene.

This was a new and very exciting site for several staffers having never seen birth live and up-close.

And here is Pumkin’s beautiful daughter: 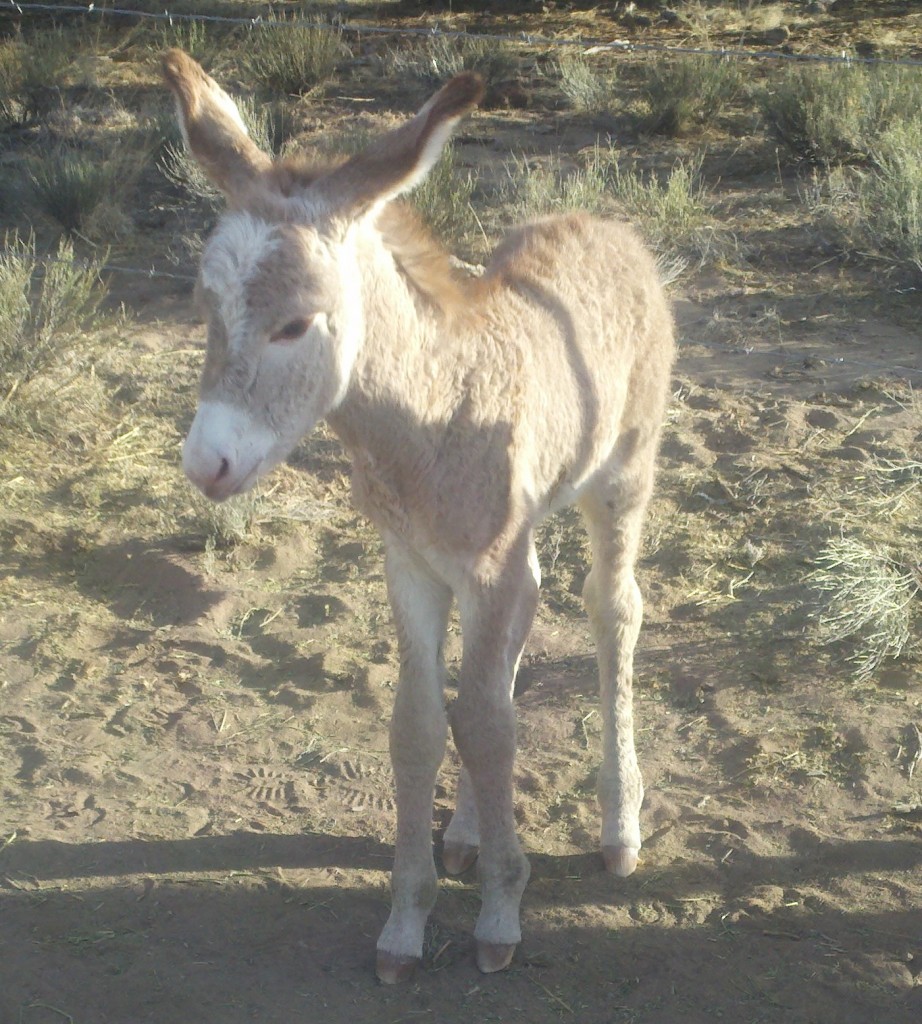 Yes, but what should we name her?

This is the video of her birth:

And you can also watch video of the baby being cleaned by her momma, standing for the first time, falling, running around at one day old and goofing around with hay at four days old.

In just a short period of time the ranch is going to take the baby donkey to the vet to get her all of her shots. This is an expensive proposition — at least $150. Would you be so kind as to donate just $5 to the “Donkey Fund” to help defer the costs of her shots?

In the middle of this cat cuddle fest is MGD — yes, that’s the cat’s name. She was named after the brand of beer of the box that was used to transport her to the ranch.

Even though MGD looks tiny in this picture, she’s also a mamma! She’s had her litter of kittens, within minutes of the baby donkey being born, but so far we haven’t found them.

Stay tuned for more kitten news (as soon as we find them!)

This entry was posted in Life in New Mexico and tagged baby, birth, donkey, first steps. Bookmark the permalink.